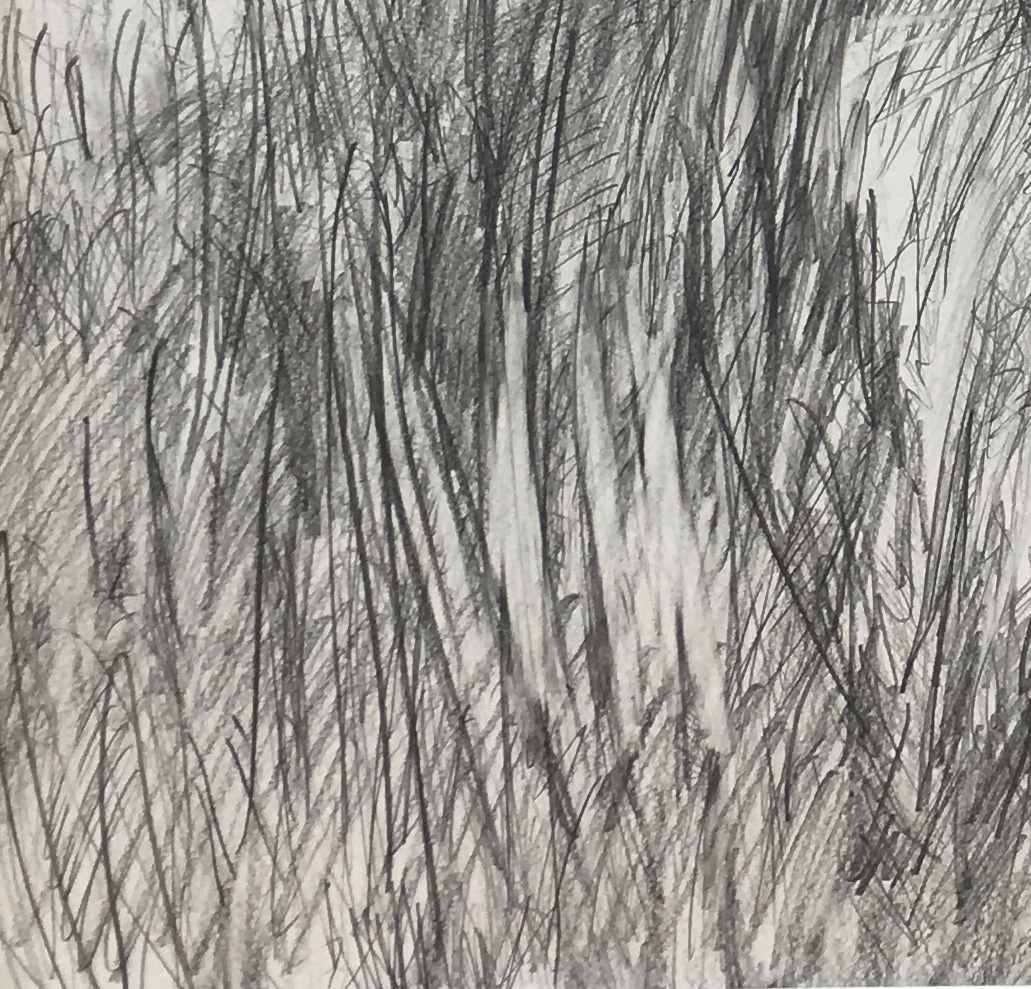 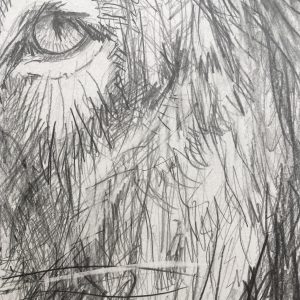 I worked on a game reserve in Zimbabwe after finishing my Alexander Technique training. (I know! Lucky Me) An artist shaman called Bowen arrived at the camp, the kind of man who saw through you. Tall, unusual looking, he had an unnerving honest presence as though he was seeing into your soul. There was no hiding. He arrived in a fantastic all singing all dancing Land Rover that actor Val Kilmer (Batman) had given him as a gift for the experience he had with Bowen in the wild African bush.

My boss, Barbara Travers showed Bowen some sketches I had been making of Black Rhino and he gave me two pieces of advise that I have followed ever since.

The first piece of advise is to finish everything. This is deceptively simple. By finishing I commit myself. I commit to the canvas or piece of paper or canvas. . But 3 of the things that can get in the way of finishing are

The second piece of advise was the life is in the eyes’. Get the eyes right and you can do anything with the rest of the surface. 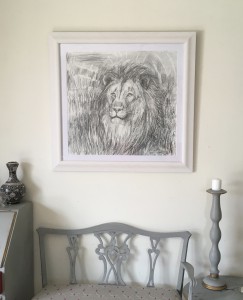 This image of a lion had been hanging framed on my wall for several months. And it had annoyed me, which means I probably framed it before it was finished. I had probably got bored or fed up and thought it was good enough! That never works!

(I am sorry but I haven’t got a before image).

By adding more marks and working it up I am now satisfied. It is less of a polite drawing and I have solved the problem I started by committing.

I wanted it to be about scratchy scribbly pencil marks as well as a lion. Every rapid line a thought. Speed and energy of drawing. This an intense spontaneous way to draw, no outline keeping you safe!

I love pencil, the shades of grey. The way grey can portray colour and light imaginatively. The lion can go back in its frame now. I have finished making my mark on this piece of paper. 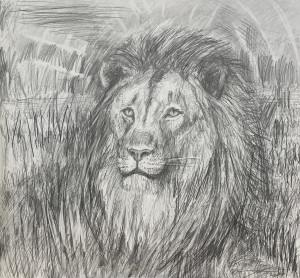