Diary of an Exhibition – Paint Over 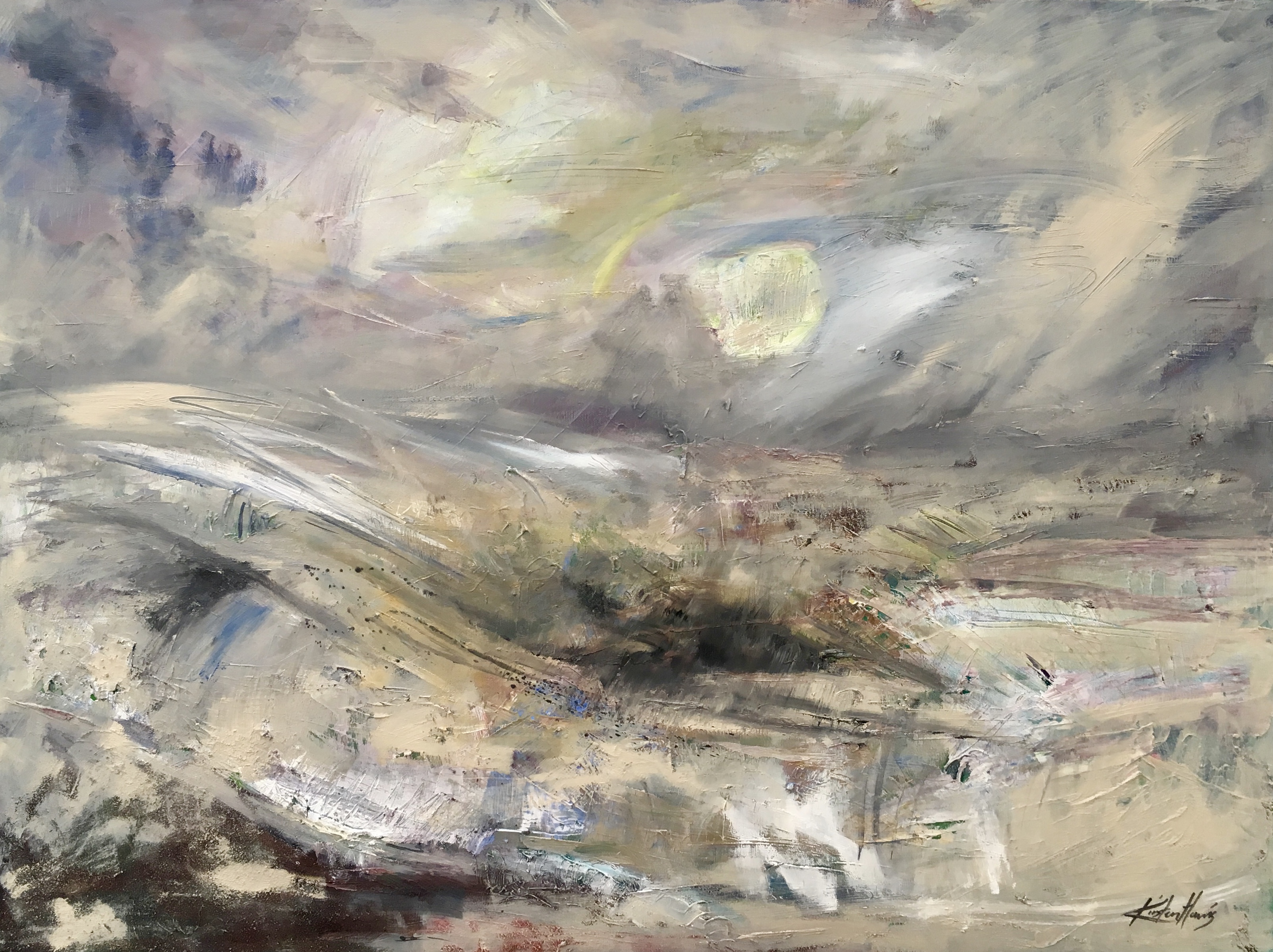 Yesterday I decided to look at old unresolved canvases and see if I could do a paint over.

This canvas has two under paintings – hidden ghosts.

First incarnation was a kind of fantasy landscape done about 3 years ago, with hare filled fields and hares flying in the sky! Um, no it did not work!

Paint over number two – I attempted turning the crazy green harescape into a seascape a few weeks ago, at the same time using up what ever old paint was on my palettes.

The result was no more landscape and the beginning of some sort of seascape, inspired by my trip to Catterline and visit to the Joan Eardley exhibition at Gallery of Modern Art in Edinburgh.

I wanted texture and looseness. Old drying colour is good for getting lumps, bumps and crusty surfaces. I also threw sand onto some areas of the foreground.

The result was quite messy but with some interesting bits emerging.

I then dumped the painting in the pony field shelter and forgot all about it for weeks. I wanted it out of the way as there was a lot of paint on the surface and did not want to be breathing the fumes as they cured and had no idea how to proceed.

A couple of days ago I spotted the canvas again, amazed that Walter hadn’t knocked it over and trampled it under hoof. He is a very curious and fearless mini shetland pony! But obviously respects art! (Check out link –  Angus and Walt Horse Artists on FB!)

Yesterday I wondered if I could resolve the image.

I cut open the remains of a big tube of buff oil paint and decided to pull the image together with one colour whilst using up the dregs of paint.

Waste not want not …  So my granny told me!

Then I scratched into the paint and wiped away to reveal bits of the under painting and added a bit more colour and detail.

The result is a  textural surface and a fairly abstract image.

Today I feel happy with it.

Will I do more?

I am blogging about over painting as encouragement to not throw the crappy paintings away. You never know what they will become if you have the courage to do a seemingly destructive thing and paint over!

(The title – Influence – the moons influence over the sea and the tides in our bodies and our influence over each other, often positive, sometimes destructive.)

And then a couple of weeks later, I painted over it again – and it became this 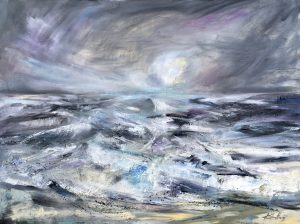 ‘The Old Man and the Sea’

The new title that came to me today 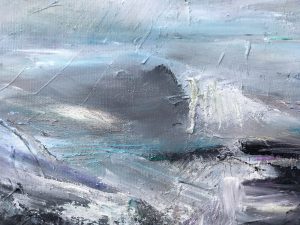 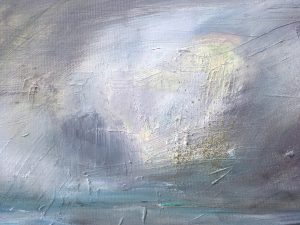 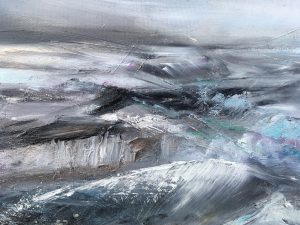