An Ashtray and the Inspiration behind Romance of the Falls Exhibition 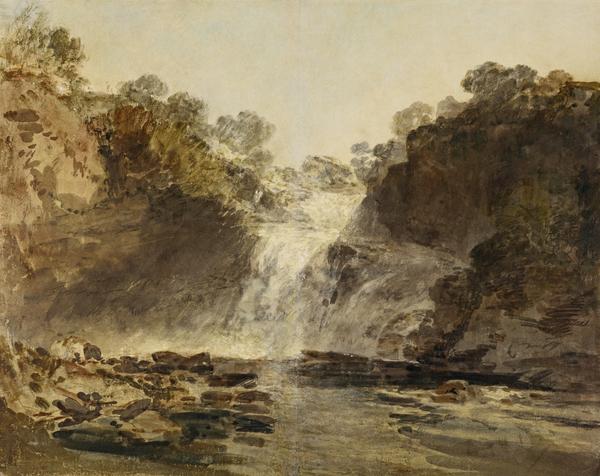 I smoked as an art student. Nearly all of us did. It was the 80’s after all and we thought we were cool. What we didn’t realise was that the ashtray we were casually flicking ash into was worth a million quid! Now that’s cool!

Professor David Hill, the world renowned Turner expert and author, was our art history lecturer at Bretton Hall College in the 80’s. Every class from cave painting to the High Renaissance, from pop art to pointillism, David Hill would find a way to bring Turner into the conversation.

As a first year I hated Turner, and with artist Jane Tomlinson took a pop at Turner by writing a joke essay about a fictional Mrs Turner and handing it in. Anything to argue against the revered man. By the third year I was converted and wrote my degree thesis on the Turner Prize.

David Hill wrote a book called In Turner’s Footsteps, so of course the big inspiration behind gathering a group of artists for the Romance of the Falls Exhibition at the Tolbooth, Lanark 12 October – 12 November is to follow in Turner’s footsteps drawing inspiration from the Falls of Clyde. Ever since I have visited the Falls I have thought ‘I am walking in Turner’s footsteps’, seeing what he saw. An idea for an exhibition has been brewing for several years. David Hill

For the million pound ashtray story and David Hill’s discovery here is a link to his website … well worth a read, quite amazing.

The Bretton Hall Marbles: #1, The Ashtray and the Million Pound Plant Pot

The Royal Academy of Arts in Edinburgh have kindly allowed us to  reproduce Turner’s Falls of Clyde painting as a postcard which will be on sale at Romance of the Falls, Contemporary Art at the Tolbooth, Lanark 12 October – 12 November. 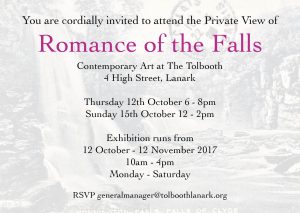