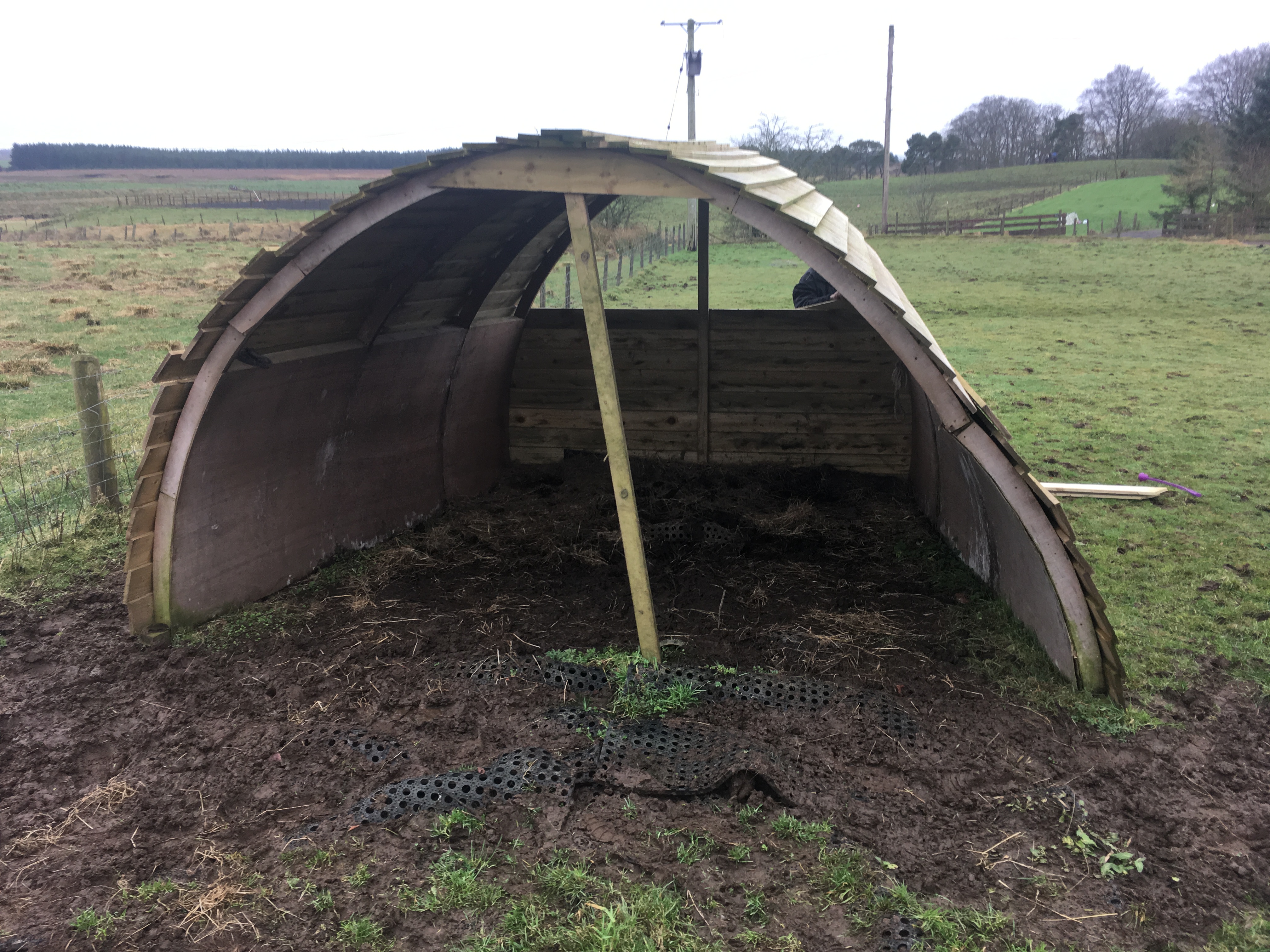 The last ever trip I did with my dad before he died was to go and see a field shelter that I wanted to buy for my ponies. Here it is 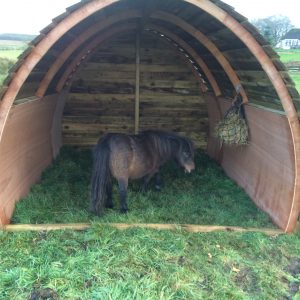 Sadly within a few short months it started to collapse as the arches were built out of unsuitable material. I phoned the guy who built it who came and stuck a bit of wood in the middle saying ‘I didn’t realise it was this bad’ and promised to come back and fix it. He did not. Nor did he answer my phone calls. I felt so disappointed having saved up for a year to buy it. 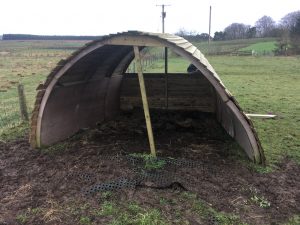 So I paid someone to take it down as I was scared of it collapsing on my ponies and felt really upset. A pile of timber sat in my driveway for several months. 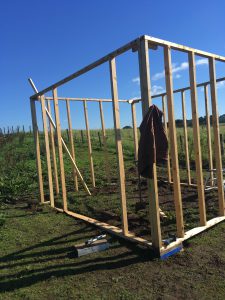 This summer a retired friend offered to help me to rebuild it, reusing as much of the wood as possible. Tears came to my eyes when we got the bones of the structure up as it felt enormously healing. Recreating something ten times more solid – I know dad would be really cheered. 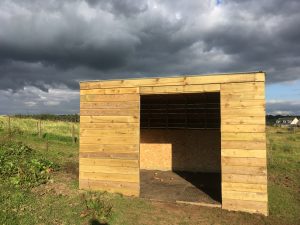 Here is the finished shelter …

I learned about the art of hammering, with a free neck and a free wrist, letting the momentum of the hammer do the work.

I learned about the kindness and pure goodness of people  ‘I am not doing it for you, but for the ponies so they have shelter in the winter’.

I learned about patience. The original arc was erected in a morning. Our shelter took us many days, making sure that the structure was entirely solid from base up.

I learned about pacing yourself when doing a big job like this. Work away with awareness and consideration and a structure will emerge and you won’t ache.

I also wondered whether in the long run it is entirely more satisfying to make something yourself than to buy off the peg!

My friend tells me that I would now be able to build a shed myself, though I am not entirely convinced, but I do have a much better sense of construction having gone through this.

The tortoise and the hare story springs to mind.

We got there and the ponies LOVE it!