Romance of the Falls – A Weekend with Turner 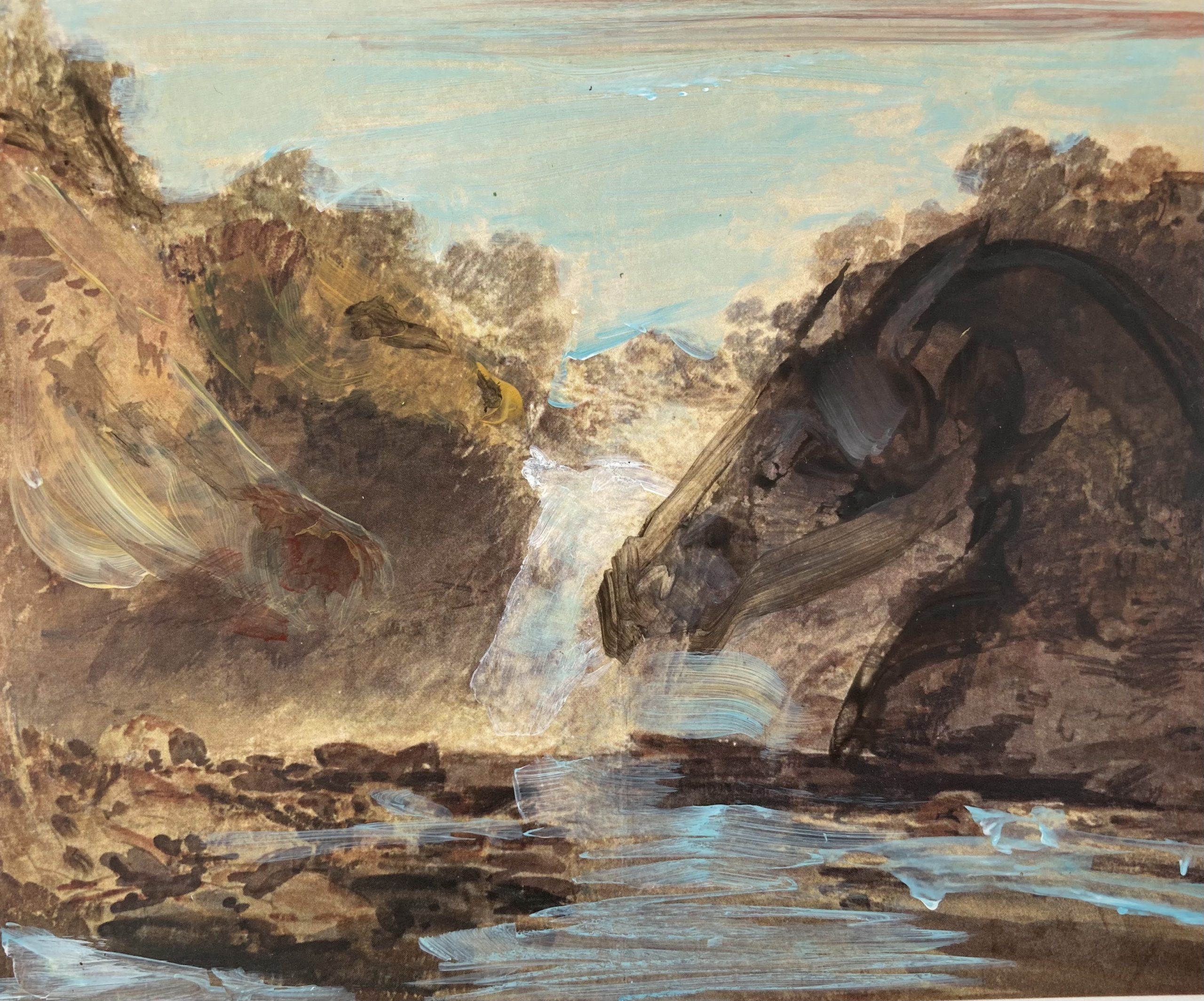 Joseph Maillard William Turner is described as the father of modern art. Every four years the Royal Scottish Academy of Art display a selection of Turner watercolours for about a month in a dimly lit room. Amongst the collection is a watercolour of The Falls of Clyde. I decided to approach the Academy to have a postcard made for an exhibition, The Romance of the Falls at The Tolbooth in Lanark. which took place four years ago.

JMW Turner painted our local beauty spot in 1801. My history of art lecturer at Bretton Hall, David Hill, was a Turner expert and author. I even did my degree thesis on The Turner Prize. An exhibition in the footsteps of Turner was an idea that had been in my head for years. Four years ago I decided to look for local artists and a wonderful exhibition followed.

I was excited about the postcard too. I had to buy in bulk as the Academy were doing a special print run. The response, however, was unexpected –

‘It’s a bit dull’, I was told and to my utter surprise no-one was in the least bit interested in Turner.

The other day I came across the pile of postcards in a drawer. Turner whispered in my ear…

‘We’re not finished yet, I’ll help you plant trees. Paint on the postcards…’

This sounds a bit odd but I listen to whispers in the wind!

This weekend I had an affair with Turner. A postcard is small and the original painting fairly large, so detail was hard to see, but analysing the image was absorbing. I definitely know the painting is NOT dull and Turner deserves the title the Father of Modern Art!

Mr Turner….how are you going to help me plant trees?

As I write this I wonder if the ever growing group of artists and creatives that have come together via The Tolbooth, gathered by following in Turner’s footsteps, will be the answer? An art forest perhaps?

And lots more…. forty so far! More to follow in the next blog.

blog, Landscapes Abstract Expressionism, Cubismm, Expressionism, Romance of the Falls, The Father of Modern Art, The Golden Section, The Tolbooth Lanark, Turner and The Falls of Clyde, Vorticism