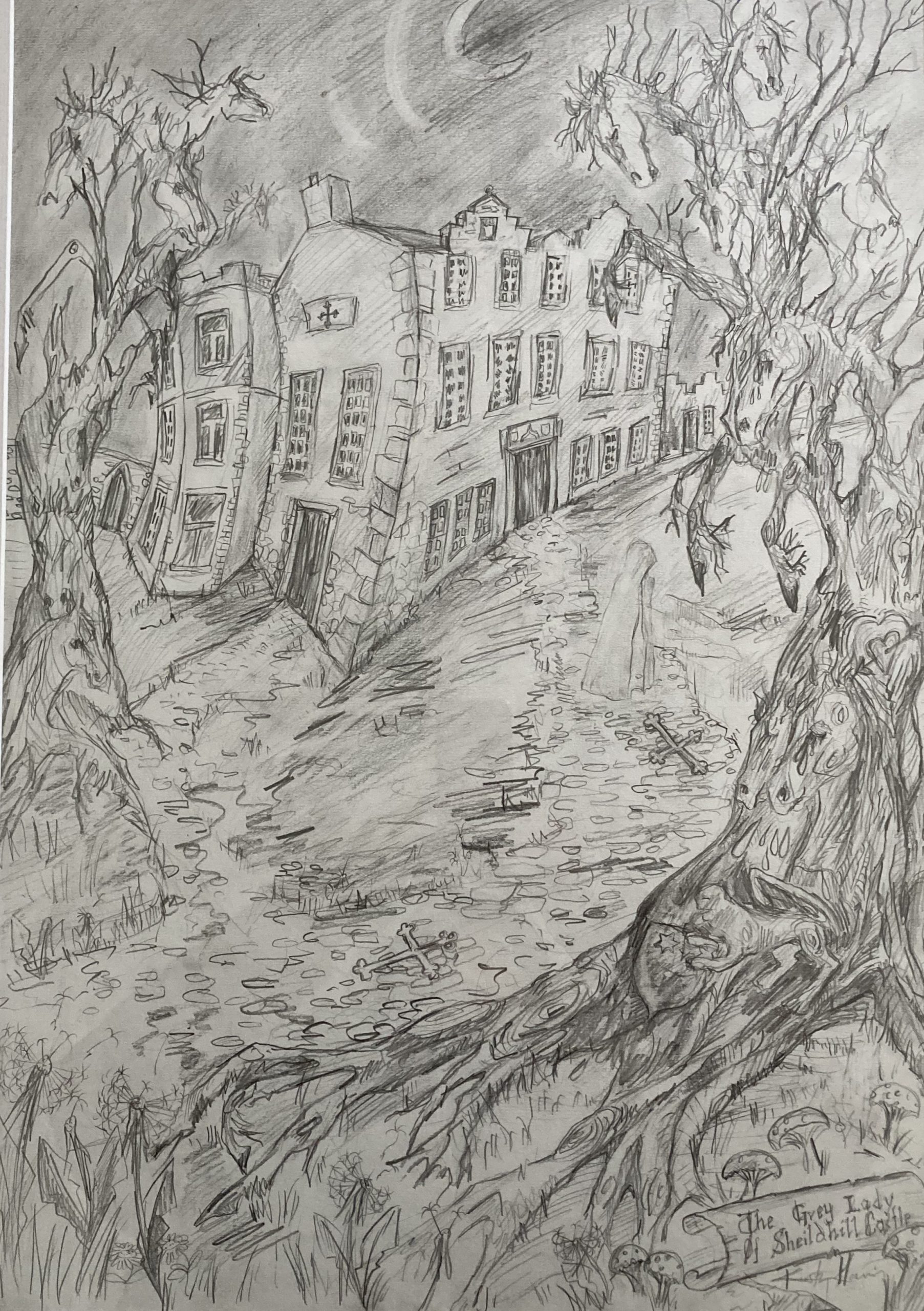 The Grey Lady of Shieldhill Castle by Kirsten Harris, Pencil on Paper

At Quothquan near Biggar sits the historic Sheildhill Castle, seat of the Chancellor family for over 750 years. The tower built in 1199 still forms the heart of the current building, dating from 1820.

The Grey Lady, a daughter of the family, is said to haunt the building.

One story goes that the girl was raped by a soldier during the second half of the seventeenth century, known as the Killing Times, when Charles II tried to impose Episcopacy on the Scots.

A second story tells that she fell in love with a lowly farm worker, and became pregnant. The ashamed family locked her in a room. When the baby was born it was taken from her and left in a field. The grieving girl never recovered from the trauma and when she died her spirit remained at Sheildhill.

Reported sightings of a Grey Lady, who appears to be searching for something, have included various rooms in the castle, the roof and grounds.My drawing depicts her waking the grounds.

I have used the heraldic symbols that appear in the stone above the front door of the castle and incorporated them into the landscape. As well as ancient weeping ‘horse trees’ silently aware of her presence and responding to her grief.

And for a bit of added spookiness some gravestones from nearby Dunsyre Kirkyard.