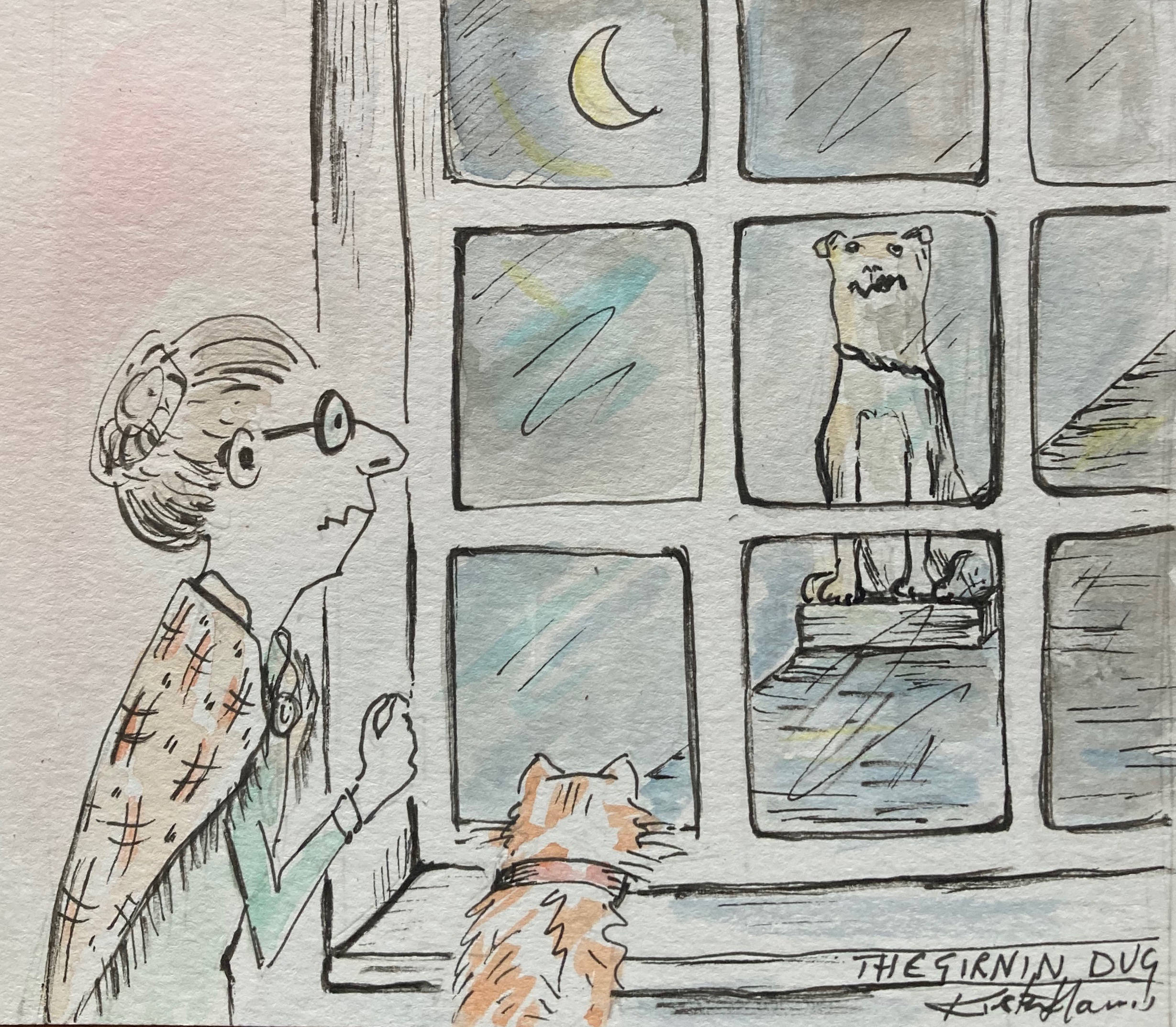 Lanark is home to a nearly 200 year old statue of a  dog called Camp, known locally as The Girnin Dug.

Camp, a large black and white dog, was the beloved companion of Deacon John McDonald, deacon of the dyers trade.

As a sign of wealth, merchants would aspire to a town house in the Medieval Castlegate, at the foot of the high street. Building his town house, Deacon McDonald found his neighbour, Miss Mary Inglis of Vere House, objecting to both his new house and his loyal but boisterous dog, Camp.

One day in hot pursuit of a cat, Camp knocked over Miss Inglis in the street.  Shortly after Camp was found poisoned. Miss Inglis was the prime suspect.

Deacon McDonald used art as revenge. Saying nothing to Miss Inglis he instead commissioned a snarling, grimacing, gurning stone statue of his faithful friend, which he erected on the gable end of his new house, staring directly into Miss Inglis’s morning room, her favourite place to sit and watch the world go by.